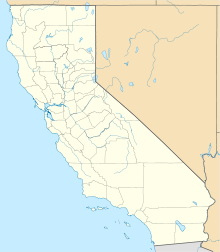 First known as Gibbs Field, the airport opened in July 1940 as an all-way clay and gravel surface airfield. It was founded by William Gibbs (1910–2016). In 1950, the airport was renamed Montgomery Field in honor of John Joseph Montgomery, an aviation pioneer who in 1884–1886 made the first manned, controlled, heavier-than-air flights in the United States from Otay Mesa south of San Diego starting with a glider designed in 1883. Montgomery-Gibbs assumed its current name in 2016 to recognize both of the airport’s previous namesakes.

During World War II, control of the airport was assumed by the United States Army Air Forces, which built three hard runways. It was called “Gibbs Auxiliary Field” and used as a support airfield for the contractor pilot school at Ryan Field, near Hemet. It also supported training activities at the United States Army Desert Training Center (DTC) in the Mojave Desert, and later as an auxiliary airfield for Lindbergh Field in San Diego. It was used presumably as an overflow airfield to store newly manufactured B-24 Liberator bombers and PBY Catalina amphibian aircraft made by Consolidated Aircraft. Following the war, the airport returned to civil control.

Montgomery-Gibbs Executive Airport is one of the busiest airports in the U.S. for small aircraft and has a number of flying clubs, flight schools, plus business turboprops and jets based there. The San Diego Fire Department bases aircraft there. King Schools, Inc. is based nearby and its aircraft are based at the airport. Since summer 2009, King Schools (in conjunction with Cessna) has been flight-testing the prototype Cessna 162 Skycatcher Light-Sport Aircraft at or around the airport.

The Federal Aviation Administration (FAA) has maintained an air traffic control tower at the airport since 1965. It is on the north side of the airport, just east of Taxiway C and Runway 23/5, and the normal hours are 0600-2100 local time.

In April 2021 the airport completed a $10 million upgrade that included six new hangars; a fueling facility for private jets and propeller planes; and a new two-story, 9,000 square-foot building containing a flight school and an executive lounge for business travelers.

If you have any questions about Montgomery-Gibbs Executive Airport John J Montgomery Drive San Diego Ca, please let us know, all your questions or suggestions will help us improve in the following articles!