The address for Bozeman Yellowstone International Airport (BZN) is: 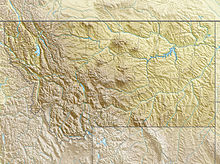 In 2011, a terminal expansion designed by Prugh & Lenon Architects opened, adding three gates and more retail concessions. The firm designed expansions and renovations made in 1995 and 1997.

Gallatin Field was renamed Bozeman Yellowstone International Airport in late 2011 to associate it with Yellowstone National Park. International flights have been allowed since 2012, after a U.S. Customs and Border Protection facility opened on July 1. The project was funded in cooperation with Signature Flight Support and the Yellowstone Club. In 2013, BZN surpassed Billings Logan as the busiest airport in Montana for passenger service with 879,221 passengers from June 2012 to May 2013.

The airport has had a massive expansion of service in 2020 and 2021 to a record 31 nonstop destinations as airlines entered the market or added new routes to serve increased leisure demand. Allegiant Air added nonstop service from three cities; Alaska Airlines added two new routes; startup airline Avelo Airlines began service to one destination; and Southwest Airlines, the largest airline without service to any city in Montana, entered Montana for the first time with two destinations from Bozeman, later adding several more. Several of the markets added had never been commercially served from Bozeman before, including Washington, D.C. (Dulles) and Nashville.[citation needed] 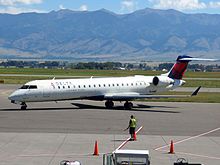 A Delta Connection CRJ700 on the tarmac, with the Bridger Mountains in the background

If you have any questions about Bozeman Yellowstone International Airport Bzn Gallatin Field Road Belgrade Mt, please let us know, all your questions or suggestions will help us improve in the following articles!